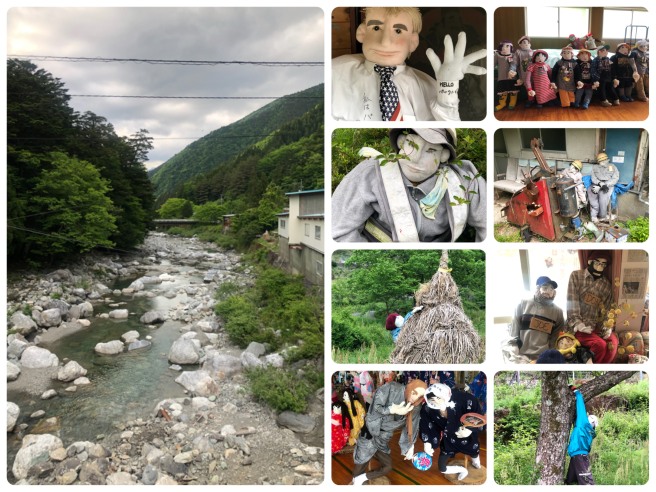 There is a remote village on Shikoku Island in Japan, two hours up mountain roads, where as the population dwindled, this one lady decided to start making scarecrows to replace them. The result is a place spanning perhaps only two or three blocks, where the abandoned school is instead filled with students forever frozen in time and construction workers tend to a project that will never be finished. 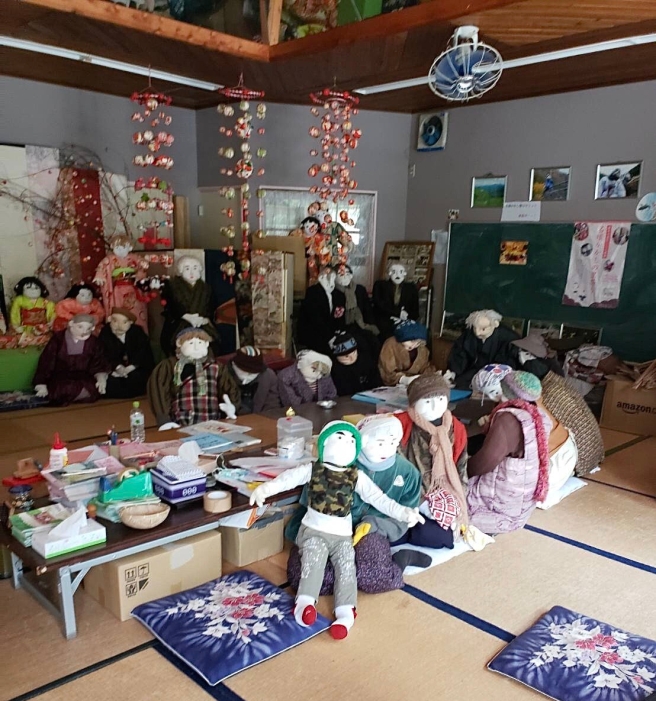 The first thing building you encounter upon arriving in Nagoro is their town hall. A handwritten sign taped to the door tells you “Come in!” but otherwise, no sign of human life. A lady is peeking in from the outside; apparently she didn’t get the memo. Turns out it’s the lady herself (or rather crowself), Ayano Tsukimi! 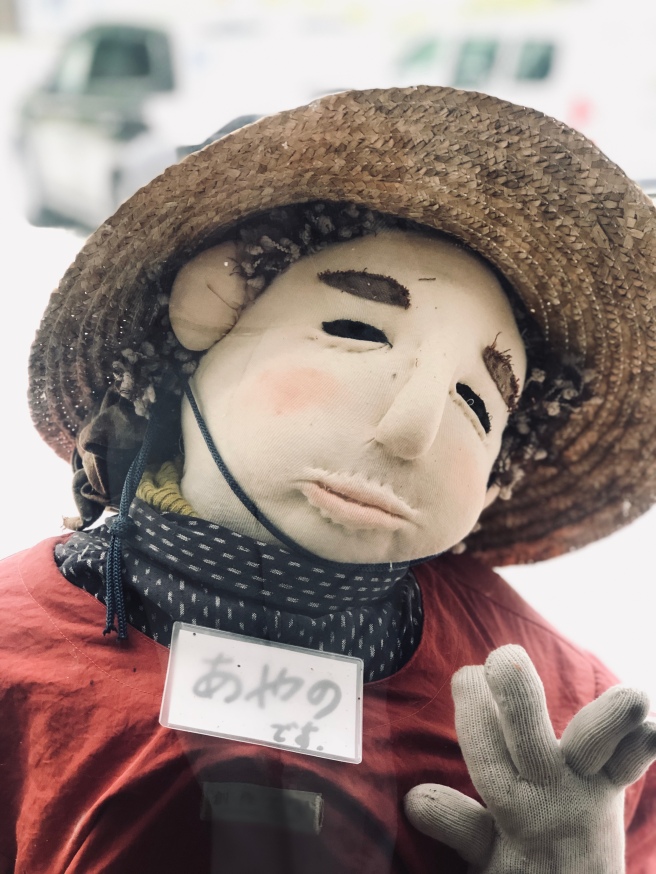 On the table were guestbooks you could sign, with messages from all over the world, even as far away as Germany. 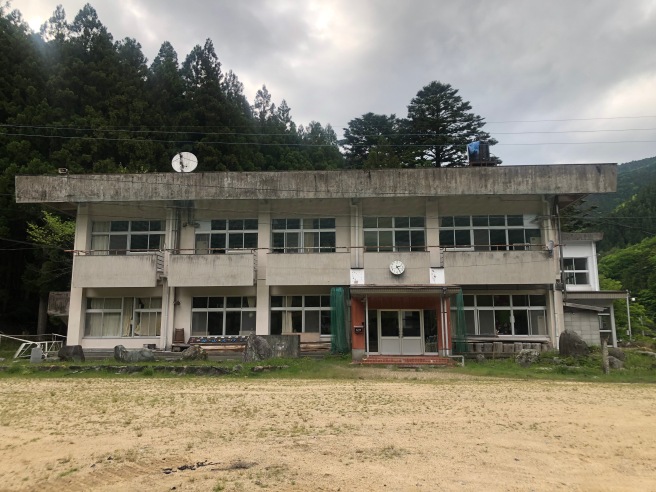 The next stop was the now-defunct Nagoro Elementary School. In front stood an excavator, dirty and rusted, yet with a full tank of gas and the key still in the ignition. Creepy. 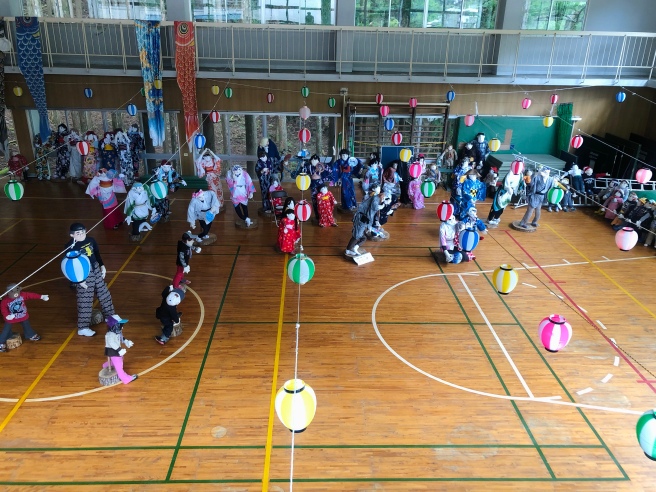 The gym was filled with seemingly more adults than students. 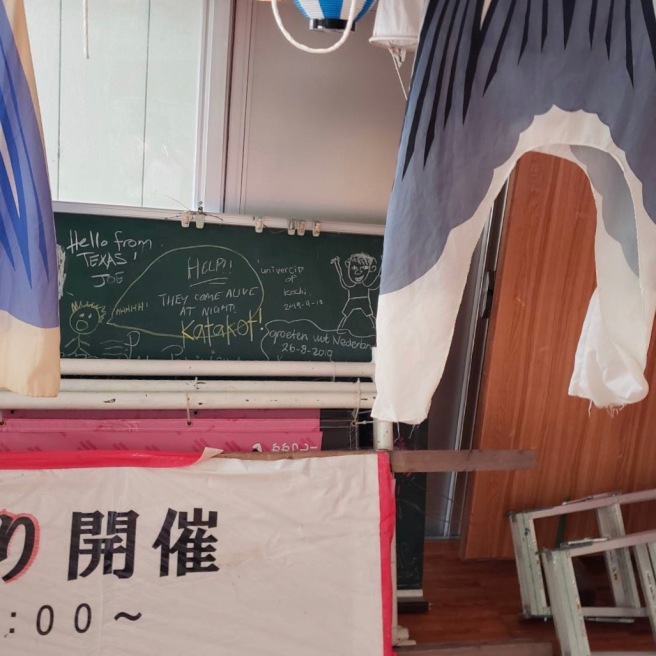 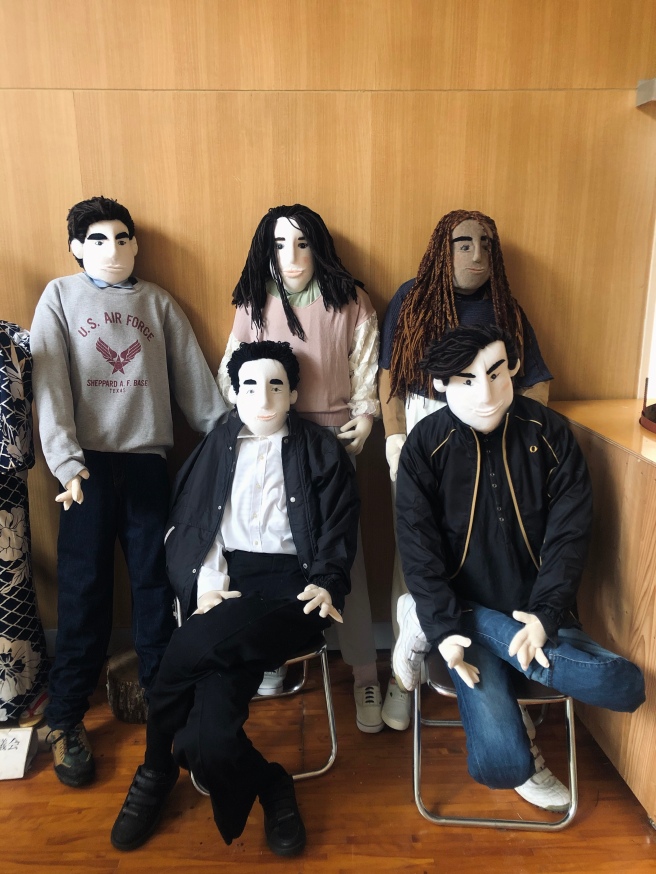 There was even a foreigner corner, perhaps past travelers who got stuck overnight. Adding to the “where did everyone go” vibe, there was still sports equipment in the closet. 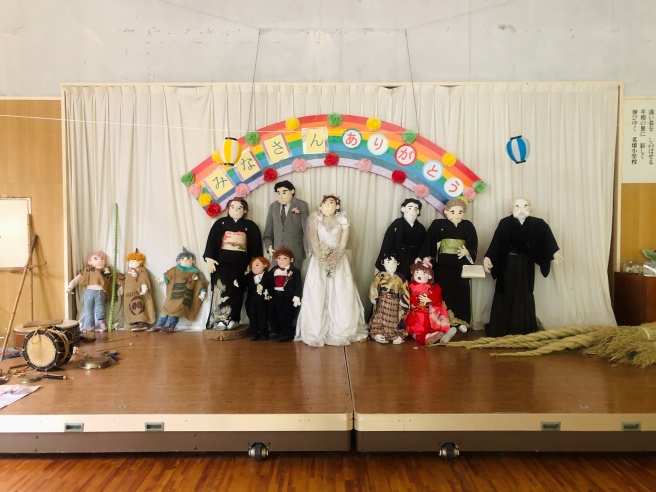 Looks like everyone was actually gathered for a wedding. Who gets married in a gym? 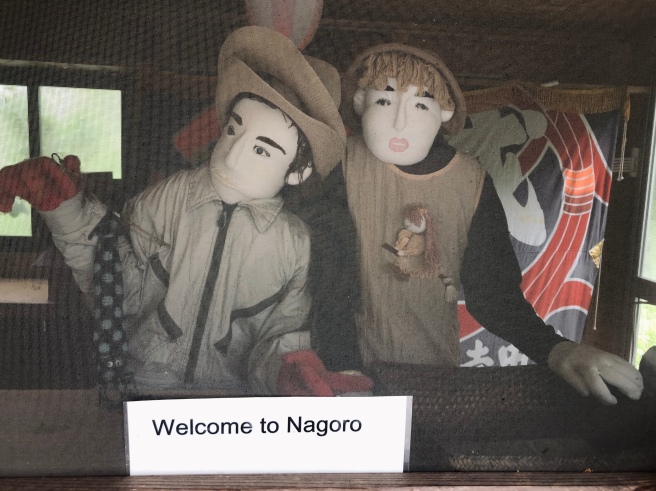 The center of town was the tourist reception. 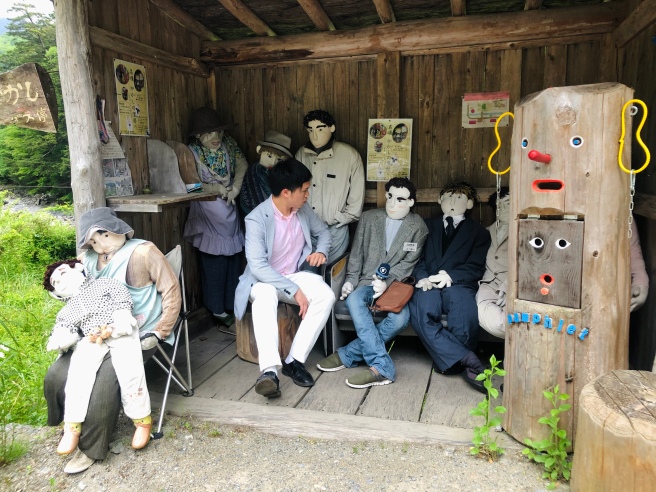 I was even interviewed by the local reporter. 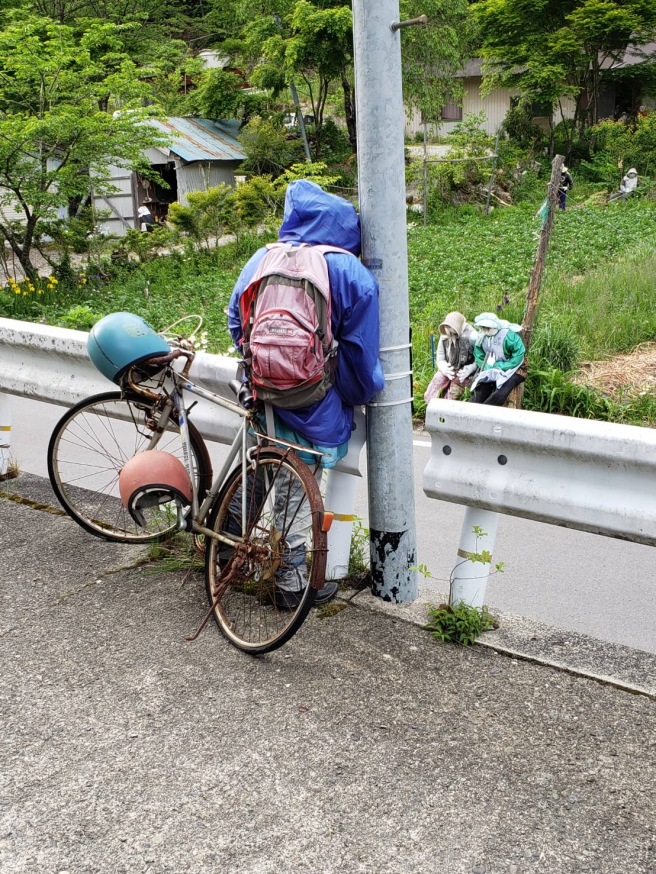 Get out of here, kid! The place is haunted! 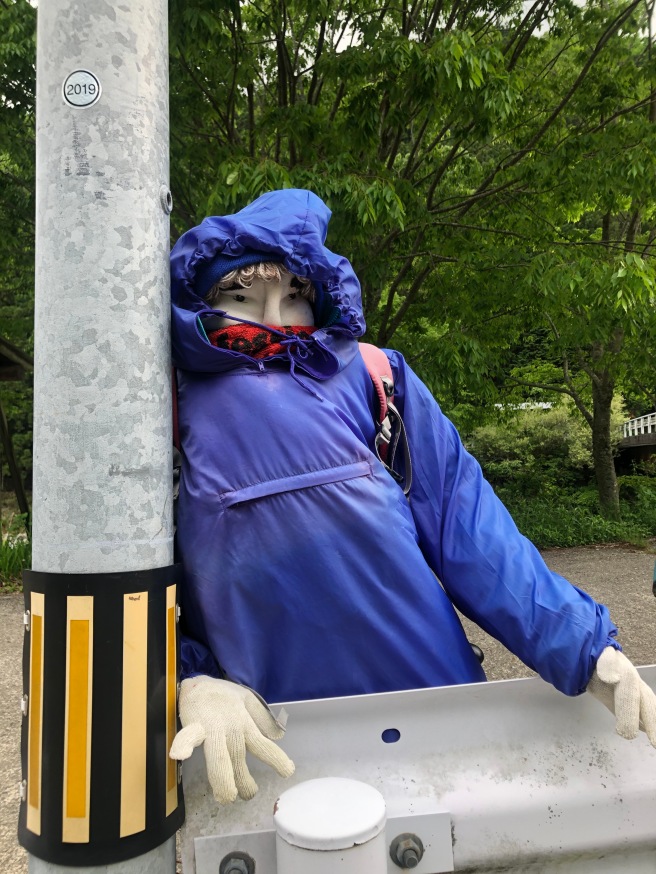 Over one-tenth of the town’s human population was out and about– that is, two old ladies conversing in their driveway. We asked where the bathroom was and one of them graciously let us use the one in her house.  We also saw Ayano herself up in her house as she was sweeping, but sadly it was cordoned off with a sign saying “Visitors not permitted due to coronavirus.”

According to the town’s own brochure, Ayano lived in Osaka most of her life, and came back to Nagoro to take care of her ailing father. When he passed away, she made a scarecrow in his likeness for their field. She thought it was charming that people would come by and greet it, so as more people started to move or pass away, she started making more scarecrows to make the town feel a little livelier. The population now stands at 27 humans and 300 scarecrows. She plans to keep doing this for as long as she can, and every month she holds a scarecrow-making workshop while every October there is a scarecrow festival. I hope to return one day, and who knows, maybe my blog posts will suddenly stop and a scarecrow looking uncannily like me will just pop up somewhere.

One thought on “A Forsaken Village Filled with Scarecrows: Nagoro”