KFC, disease-curing water, ominous fortunes, bar-hopping in Osaka, traditional New Year’s osechi-ryori, the reappearance of glorious festival food– the holidays in Japan were just as magical as they can be in the US.

Although not as widespread as, say, the idea of turkey or ham for Christmas is in the US, it’s the closest you can get to the idea of a “traditional” Japanese Christmas dinner in a nation that’s 1.5% Christian. But don’t be mistaken– it absolutely is a thing, with reservations opening up weeks in advance, and hours-long lines on Christmas day if you failed to make one. KFC even offers a bottle of “shanmerry” (their words) alongside their whimsical Christmas-design buckets. I made my reservation about a week in advance, and even by then, they had already run out of said buckets and said champagne.

How was it? Well, they don’t change the recipe just for Christmas, but you better believe that combining that warm Christmas drunkenness with greasy, salty fried chicken makes for simultaneously one of the best and worst meals you’ll ever have in your life.

The prevalence of Christmas in Japan is more for marketing and as a couple’s holiday than for religion or family. Instead, New Year’s Day is the most significant holiday in the Japanese calendar. The first part of this is osechi-ryori, traditional New Year’s food. It always comes in a special box, and although you traditionally cook it yourself, it has become much more common to order it instead. Most of the food is pickled, boiled, steamed, and the like: basically, food that could’ve been prepared a few days beforehand and would’ve kept well until the actual holiday. 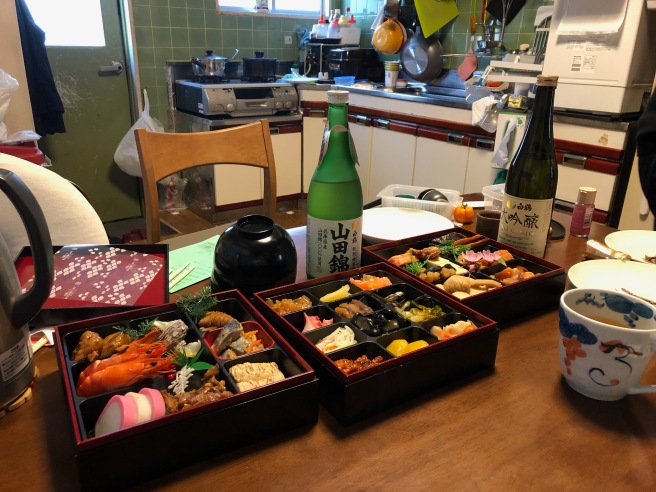 It is, of course, best enjoyed with sake. 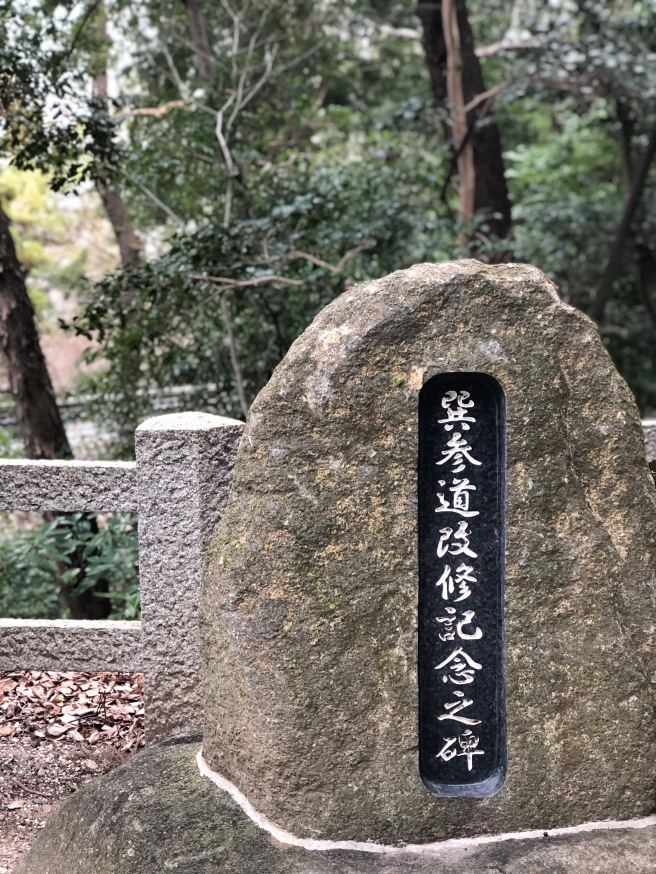 Hatsumode is the tradition of visiting your family’s shrine to make prayers and offerings. Each shrine houses a particular god, and there’s a specific way to make a prayer:

My girlfriend, her grandparents, and I also took a short hike up to Saijinja Shrine in Nara, famed for its mountain spring water with healing qualities. 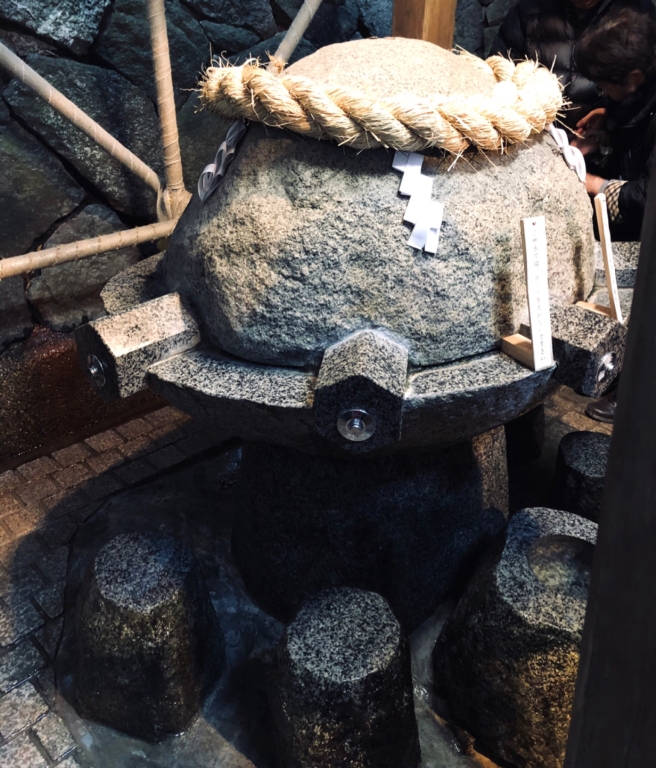 The water was dispensed from this stone fountain thing, where people were waiting in line with empty bottles or standing by with metal cups provided by the shrine. It tasted fresh, very mineral-y, and exactly how you would imagine the boulder above to taste, but of course there was no sediment or anything like that. I definitely did feel a little more invigorated, enough to decide to buy some of it bottled– only 100 yen ($1)!

There was also a bamboo stick piped into the spring, where you could listen to the wonderfully comforting sound of dripping water, echoing deep inside the recesses of of the Earth. Forgiving the background noise of passersby, you can listen a recording I made here! 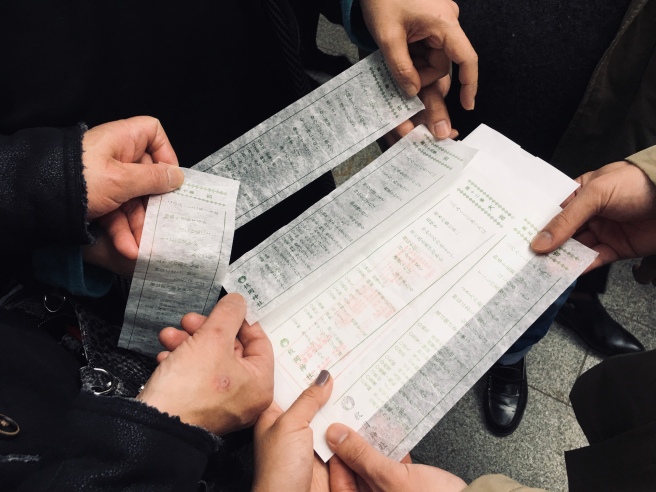 You can also get your fortune, omikuji, at shrines. They are printed on tiny scrolls of paper, and the one you get is determined by shaking around a bunch of sticks inside a wooden box. One stick comes out, and the number printed on it tells you which one to ask for from the shrine maiden. Now, these are the most legitimate fortunes I have ever received: firstly, they contain many different sections, from romantic relationships to your studies to that thing you lost. And they are not always positive or platitudinous either– one year, Rika’s mother got one that essentially said “You will never be happy or successful.” Mine told me to stop eating junk food, and the one I got for my friend told him to stop being lazy, and that the “person you are waiting for, will not come.” Dream-crushing fortunes, now that’s something I can get behind!

For the price of another coin, you can wash down the sorrows of an outrageous fortune with a pour of sake.

Hiraoka’s offering was very light and a little syrupy, with a hint of flowery sweetness. 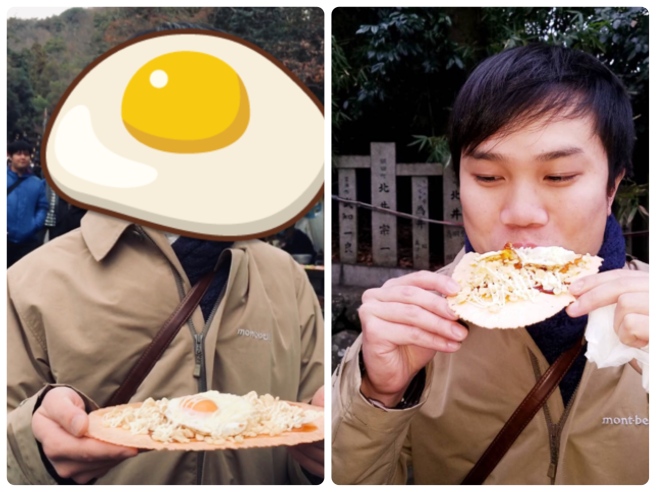 Festival food makes its reappearance too– one of these is tamago senbei, which translates to the much less sexy-sounding “egg rice cracker.” It’s a shrimp-flavored rice cracker topped with takoyaki sauce, crunchy bits of tempura batter, and an egg fried sunny-side up, finished off with a generous squeeze or two of Japanese mayo. If you like eggs, or delicious food at all, I’m sure you’d love tamago senbei. As a bonus, the eggs are sometimes fried in fun shapes, like hearts.

That was all New Year’s Day, January 1st. As for New Year’s Eve and the countdown to the beginning of 2019, it’s very much a party atmosphere like anywhere else. I spent it outside a club in Shinsaibashi, Osaka. The name and the details, I can no longer recall.

One thought on “Christmas and New Year’s in Japan”